I haven’t done much stitching this last week or so, or had time to blog so thought I would give you an update on how things are going.  Am back on this project now, and it’s not as bad as I remember it being last time I worked on it  – which is good given my last blog on the piece!

I’ve found though, that I can only work on this piece in natural light.  Think that’s partly down to my eyesight, (am I really at the age when I begin moaning about things like my eyesight?)  I wear vari-focals these days and am debating getting a pair of ‘stitching glasses’ next time I have my eyes tested.  Though I now have a lovely new magnifier (a posh one, I’ll post details later!) which was a gift from my brother and his family for my birthday a few days ago; so maybe I can keep to just one pair of glasses.

Anyway, back to the Death Mask.  So long as I make each stitch individually, don’t try to stitch at my usual speed and let the thread dangle often between stitches it’s going quite well, though I find it more tiring to work on than my other projects. 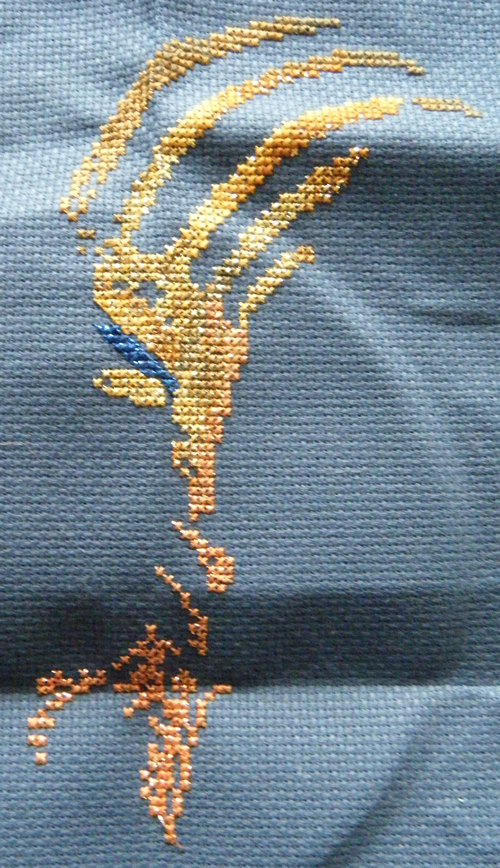 It may not look much different, but it took several hours!

The thing about cross stitch, as we stitchers know, is how you can work on something for several hours and it not really look as if you’ve done much!  My husband will sometimes say something along the lines of “is that all you’ve done?” when I’ve been sat for several hours working away on a piece and, until that point, thinking I’ve been making good progress…

So stitchers out there will appreciate that, whilst it’s modest progress, it’s coming along OK really.  I’ve filled in many of the previous gaps and begun on his blue eye/eyebrow so reasonable progress I think.

The deadline for this one is Fathers’ Day, 16th June 2013, which gives me 15 weeks to complete it and get it framed.  Not sure I will hit that, but if not then it’s his birthday at the end of July, another 6 and a half weeks of stitching time if necessary.

As the evenings haven’t yet lightened enough for me to work on this during the week, it may turn out to be a birthday gift…  But then I do have 2 weeks holiday at Easter, so hopefully will make more quicker progress on it then.

So, what to do on the week day evenings when I can’t work on this?  Well I’m finally going to work on one of the new designs I’ve had put away for when all my ‘old projects’ were completed.  After all I’ve been working on getting things completed etc since before Christmas, so I think I deserve a treat!

So will post again soon with an update on what I’ve begun.  Enjoy your stitching. 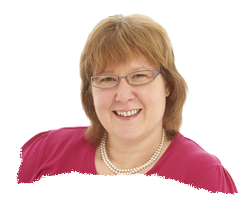